An Economic Engine for the Region

Economic Development - The University of Texas at Dallas 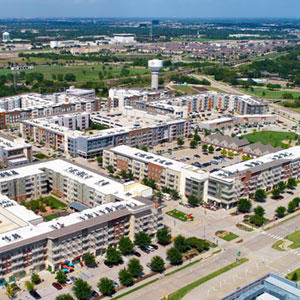 The Office of Facilities and Economic Development began its economic development initiatives following a new priority in the University’s Strategic Plan to become “an economic engine for the region.” As a rapidly growing research university enrolling nearly 30,000 students, UTD is central to the region’s business ecosystem and plays a significant role in attracting new business to North Texas.

Not only is UT Dallas a pipeline for DFW’s workforce, its students comprise a large portion of the region’s current workforce. The University of Texas at Dallas has become the alma mater of more than 112,000 alumni since its founding in 1969, and approximately two-thirds live in the Metroplex.

UTD itself is a key economic development player in the region. It still owns more than 100 acres of undeveloped land. In 2023, UT Dallas will be one of the stops on the DART Silver Line adjacent to Northside, a mixed-use, transit-oriented development at the north end of campus. The University continues to create partnerships to expand its vision of developing a transformational, intellectual village on campus.

The Institute For Innovation and Entrepreneurship

UTD Student Employment and Internship Opportunities Expanded by the Opening of the DART Silver Line
July 27, 2022